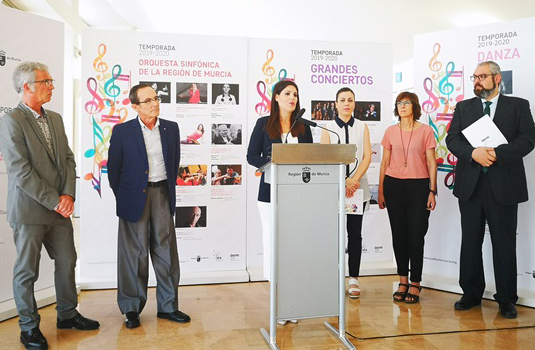 The 25th anniversary season of the Auditorio Víctor Villegas in the city of Murcia features three main concert and dance cycles with the highlights including pianist Grigori Sokolov, countertenor Philippe Jaroussky,  a performance of Verdi's Requiem by the Murcia Symphony Orchestra, the first ever performance of Stabat Mater by the Murcia composer Moreno Buendía and dance performance by the Víctor Ullate Ballet and the Malandain Ballet from Biarritz.

Other prestigious performers include symphony and radio orchestras from Frankfurt, Turin and Norway performing under the baton of conductors such as James Conlon, violin soloists such as Michael Barenboim and Lina Tur.